A trip to Negros Occidental will never be complete without a glimpse of the famous “The Ruins” mansion in the City of Talisay. After our very satisfying Campuestuhan trip, and despite the scorching heat of the sun, my partner and I decided to transport ourselves within the green and plain sugar plantations of the province and make a captivating stop at the celebrated spot. 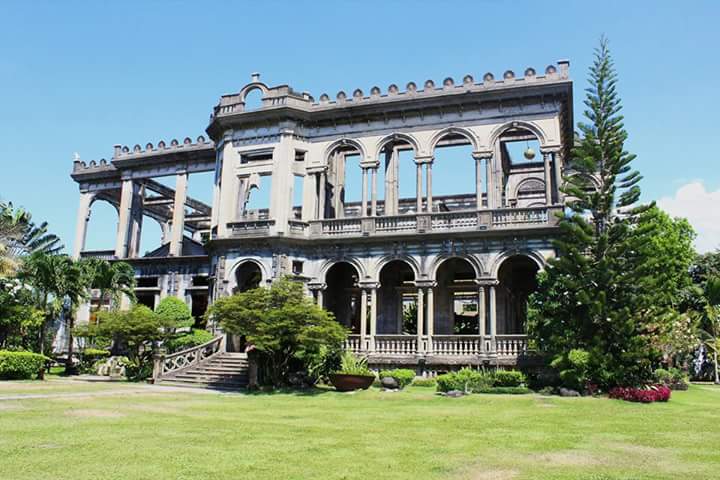 Erected on the early 1900’s, this mansion built for the wife of the sugar baron, Don Mariano Ledesma Lacson, was considered the largest residential structure ever built during that period of time.  Before the USAFFE (United States Armed Forces in the Far East) guerilla fighters torched down the mansion in the early part of World War II, the Lacson residence had in it the finest furnitures, china wares and decorative items from all over Europe and Asia. 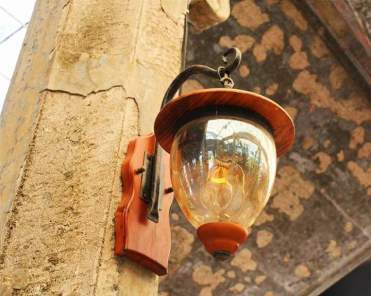 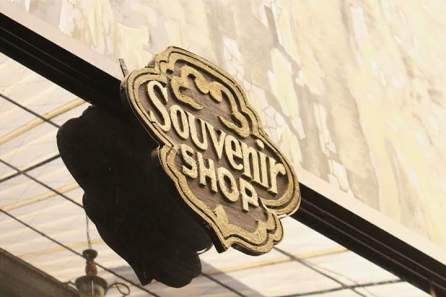 Fronting the remnants of the grand mansion, is a four-tiered fountain which was once surrounded by beautiful lilies brought in from abroad and maintained by one of the daughters of Maria Braga Lacson and Don Mariano Ledesma Lacson.

Amid the changing times, this 903 square meter structure still stands tall and beautiful in the middle of a vast sugar plantation. Aside from Bacolod’s Masskara Festival, “The Ruins” is probably the next most popular landmark of the province. To this day, it continues to amaze foreign and local travellers of its grandeur. 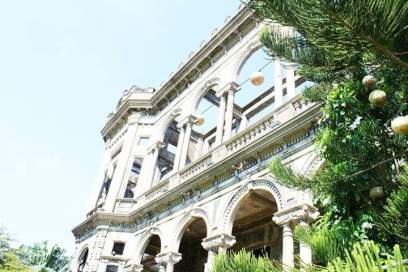 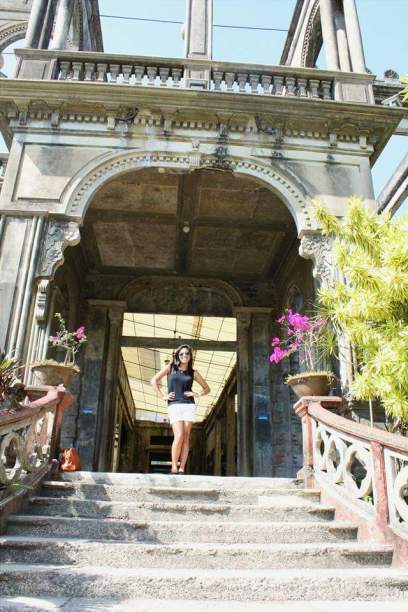 While many say that that the most recommended time to visit “The Ruins” is in the afternoon ’til the sun sets, we decided to pay a visit a little earlier.

Yes. We definitely missed the golden spark of the mansion came the sun down, but the best thing is that we’ve got to enjoy the place almost entirely to ourselves. And that was more than enough for us. 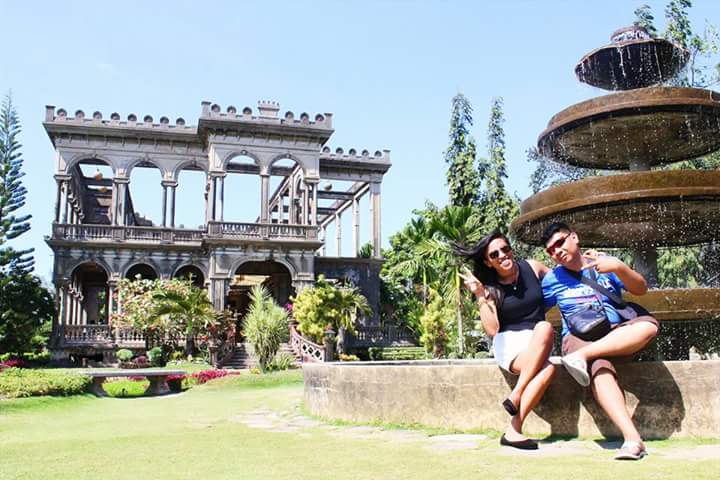 A souvenir shop and a restaurant (which serves Mediterranean cuisines) is also found within the area. So getting hungry or if you want to shop for “The Ruins” souvenirs wouldn’t be a big issue.

From Bacolod City (specifically along Lacson Street), take a public utility jeepney going to “Bata” (Php7.00 fare), and alight at the Pepsi Bottling Plant. You can ride a trike from there to The Ruins (fare depends on haggling, so the more pushy you are, the better!). 😊

Hi! My name is Dimple. I started travelling way back I was five years old and stopped when I was 12. I've been to a lot of places since then because of my father's work. I am now 27 and I’m very determined to continue my "put-on hold journey" and I'm wishing you all go with me as I conquer every corner of this world. Carpe Diem! 😎 View all posts by Palm Comaingking

4 thoughts on “The Ruins in Talisay City, Negros Occidental”

Don’t just exist. Live.
You have to find the courage to let go when you are no longer being pulled to the energy you want.